Our biggest excursion in 2019. From Crescent city to Lancaster, CA, to Riverside, CA to San Tan Valley, AZ!

Among our special events this year, Richard had eye surgeries. Cataracts. To add to my "woes," I’m having them done in September. I actually look forward to it, sort of. Another thing to interfere with writing, but a necessary evil. I've fought the problems with my eyesight that cataracts can cause for way too long. Rich had such great success with fixing his that I look forward to better vision. Unfortunately Rich has to have another surgery next month for a problem with one of his tear ducts, and that will take us out of town to the specialist again--with me driving (it's a five hour round trip from our coastal home in the forest), and then taking care of him for a day or so while he recuperates. He'll be off work for a week, and I have a hard time writing when he's home. I love him, but he can be pest. Sorry, babe, but that's the truth. (Hugs and kisses!)

I'd barely gotten home from Indiana and had to turn right around, feeling weak and all, and go to Arizona to wish our grandson Daniel Tietjen well on his mission to Mexico for our church. I didn't really feel up to it but would never have missed the moment, so I'm sure it added to the challenges I've had with recovering. At least Rich drove and I was able to sleep a lot on the drive there and back. Also, it's a bun-busting trip from Northern California to Arizona, so on our way, we stayed two nights with my oldest daughter and enjoyed visiting, catching up, and playing with her crazy puppies, Sawyer and Lucy. Yeah, not a great picture here. Rich caught it before I'd even gotten my shower for the day, so I look pretty scroungy, but hey, what's a little honesty between friends? My daughter hates having her picture taken, so unfortunately I didn't get to share any. Love to you, Sweetie, for opening your home up to us. We really appreciated it. 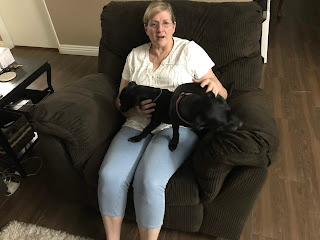 We also stayed with Richard’s sister for a night, and she gave us the grand tour in Riverside. We even got to go with her and her grandsons to see the famous Riverside Mission Inn, and I just had to put a few pictures here. Isn't it a fascinating place? It isn't an old Spanish mission, a misconception for a lot of tourists. It is and always has been an upper-class hotel. I believe it was managed by Catholic priests and nuns, but it wasn't a church. It was awesome and awe inspiring. We were so grateful to Richard's sister and loved the home that she bought several years ago. It's just beautiful and she's done so much to make it really comfortable. 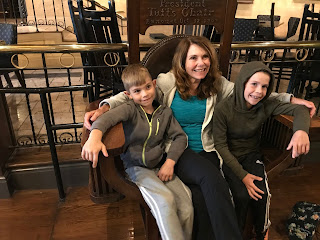 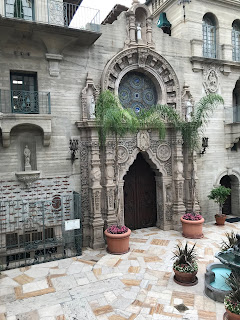 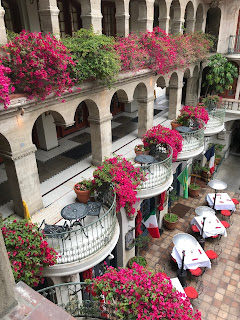 We finally arrived in San Tan Valley, AZ and stayed for three days. We have 8 kids between us--and 22 grandchildren--and it was great to visit with our second oldest son and his family. He has 8 children, too, and it was crazy, hugging and loving them, enjoying and playing with grandchildren from ages eighteen to two, five boys and three girls. My daughter-in-law is one of the most patient women I've ever known, pretty necessary with that many children, and we felt welcomed and loved.

Of all the things that Richard insisted we do there, beyond spending time with Daniel before he heads off to Mexico, of course, was getting a three generation picture of the Tietjen men. It was pretty awesome. Love you guys. 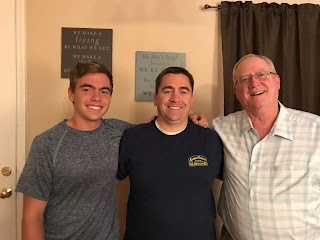 June was quiet and I did my best resting and getting better then, even got some writing done. Finally July came, kind of cool and really windy for us, and at the end of the month, we celebrated Richard’s getting REALLY old birthday. I won't say which one. He's just really old. I'm not. I'll never cop to being old. Well-seasoned maybe, perhaps more experienced, but not old. 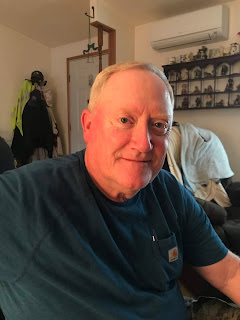 Isn't that the way it's supposed to be?

Posted by Susan Tietjen at 9:02 AM 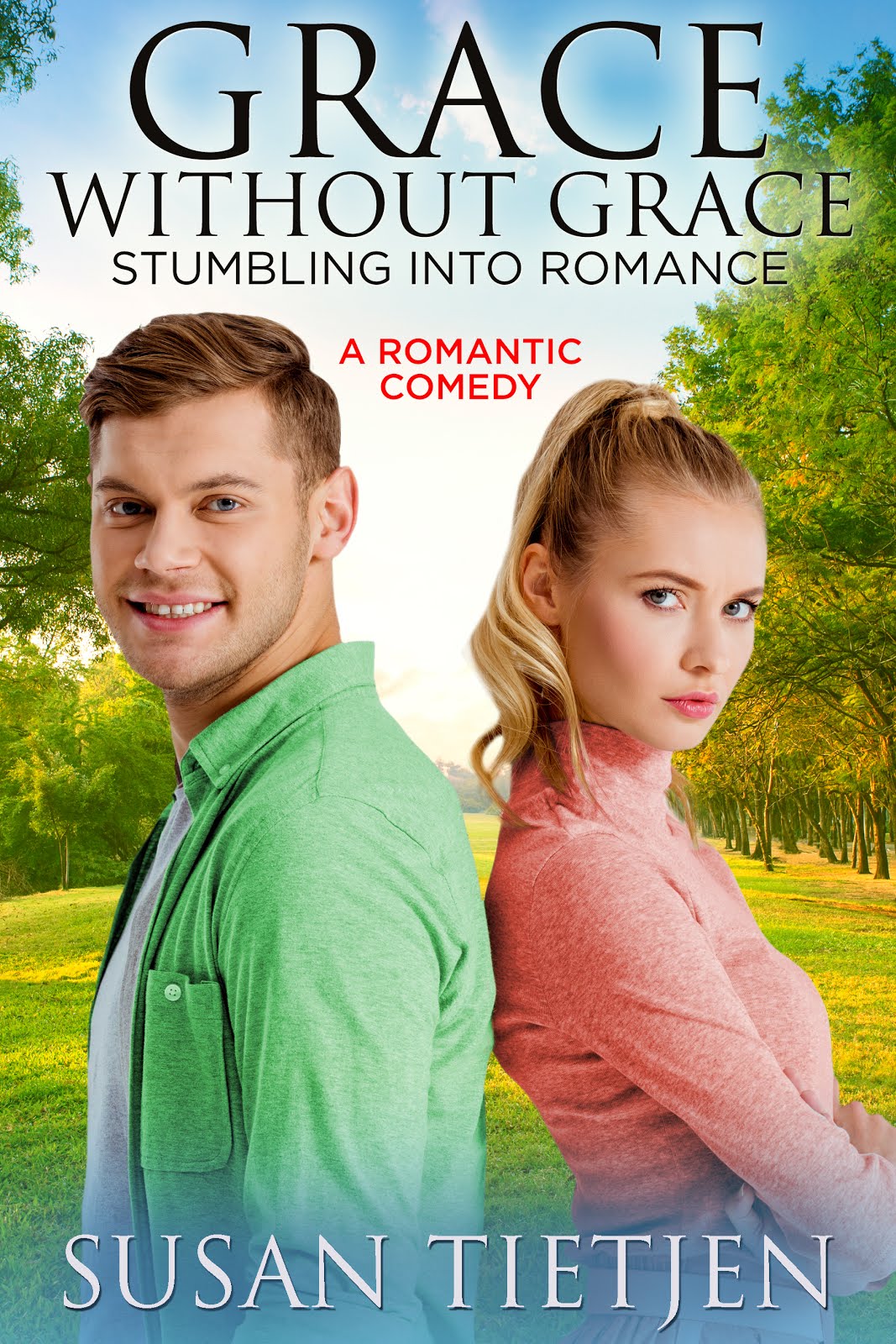 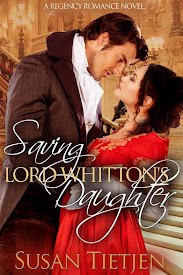 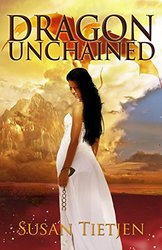